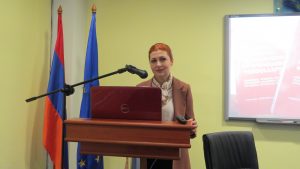 The research is a comparative  analysis  conducted through methodology of the Stability Index of Political system  and considered transformations and main stages of modernisation occurring in political systems and regimes of newly independent countries such as Armenia, Georgia, Azerbaijan, Russia, Belarus, Kazakhstan, Kyrgyzstan, Moldova  and Ukraine. The book  includes comprehensive studies of political , economic and social processes as well as situations that impact and condition the stability of the above-mentioned 9 independent countries in a span of 2000-2017. In-country and Cross-country analyses have been carried out within the framework of the Political Stability Index methodology . In-country  analysis refers to political , economic and social factors affecting the stability of the newly independent states within the mentioned period. Cross-country analysis reveals comparative indicators of political stability in 2017. The research  team encompassed experts, Centre students and alumni; it was  coordinated by Dr.Arusyak Aleksanyan. The study was published in Armenian and English within the frames of the Global Campus of Master’s programmes and Diplomas in Human Rights and Democratization project which is supported by the European Union.

The presentation was attended by students, representatives of various NGOs and research institutions dealing with Human Rights and Democratisation, representatives embassies,  international organizations and state bodies.